Showing posts from 2016
Show All

A Friend In Need

A friend is nothing but a known enemy. (Pic Credits: izquotes.com) They all watched silently, as I lay down here. Soiled, wrecked and reeking of gasoline. They looked at me scornfully while the man took out the matchbox from his pocket. It shouldn't be happening. Am I dreaming? Maybe I am having a nightmare, the worst of its kind. That's what I hope. Suddenly, I heard a raspy click and saw the brightly lit flame wavering dolefully from the matchstick. I could see that man's face more clearly now, shimmering in its the burning flaxen glow. Those cold dead eyes. These ain't those loving and caring people I know. Something's definitely wrong and I'm pretty sure about it. But it's too late. I saw the the burning matchstick approaching towards me and the next moment, I was up in flames. But something's strange. I wasn't feeling any pain. Perhaps I was too shocked to react. Or perhaps, I was already dead. I lay engulfed in flames as my existence van
4 comments
Read more

Why I Won't Die For My Nation

No one could've put it better than the man who wrote our national anthem. (Pic credits: azquotes.com) Just the other day, I was having a conversation with my friend about how we contribute nothing towards our country, compared to our soldiers. And how we don't even show empathy towards the people who do it. He was sort of right. I've always wondered what I've done for my country. And the answer remains the same, every time. Nothing. I've done nothing worthwhile for my nation. But in an era of globalization, nationalism is a very vague term. In fact, I'll go a step ahead and put it more bluntly. Nationalism subtly induces hatred in our minds regarding people whom we've never met and interacted with. Before you jump to conclusions, calling me an anti-national, I'd like to tell you that I do love my country from the bottom of my heart. But keeping prejudices and personal biases aside, I'd like to express some ideas on this amorphous concept o
2 comments
Location: Mumbai, Maharashtra, India
Read more

The Irony Of War And Peace

Peace. Such a wonderful word. Webster's dictionary defines peace as, "a state in which there is no war or fighting" Humanity has been striving for eternal peace since eons! And yes, the struggle is real indeed. A few days back, a harrowing video surfaced on the internet. It was about this 5 year old little Syrian kid, Omran Daqneesh, who was rescued from the rubble, after an airstrike at Aleppo. This horrific video sent shivers down my spine and every time I look at that boy's shocked and innocent face, I struggle to fight that lump in my throat. The pathetic state of humanity right now. But does it even matter to us? Nope. It doesn't. Because we don't live in Syria. A few more months and everyone will soon forget about Omran. Just like we forgot Alan Kurdi. Yes, the iconic kid in the picture, whose corpse was swept ashore. I won't go about preaching how this is all fucking insane and how we should do something about it. Ranting won't chan
8 comments
Location: Mumbai, Maharashtra, India
Read more

[The following article is a work of fiction made from the fragments of author's weird and demented imagination. It does not bear any resemblance to reality. If so, it's purely accidental. Thank you!] I was sitting in the waiting room. There were four individuals besides me, waiting for their turn. I glanced over to see their faces. It reeked of nervousness, I could tell that easily. Adjusting their neck ties and regularly wiping off their faces with the handkerchief. I very well remember being in that position. A few months back, I guess. I had lost count after 47. The lady behind the counter called my name. This is it. I stood up and went inside. A man greeted me with a smug smile on his face. A smile that could even put Mona Lisa in a fix. I went ahead and greeted him. "Good morning, Sir!" "Oh good morning Mr. Harry! Please take a seat!" I pulled the chair and sat on it. All that expensive cushioning and still it didn't feel comfortable. I mad
8 comments
Location: Mumbai, Maharashtra, India
Read more

(Pic Credits: azquotes.com) “Dude, that’s offensive! How can you laugh at it?” “How can you be so racist/sexist/misogynist/sadist/ *insert any insult* ?” “YOU PIECE OF SHIT. THAT’S NOT FUNNY AT ALL, MOTHERFUCKER!” It’s 2016 and these sanctimonious morons still lose their shit over a joke. Ridiculous, isn’t it? Miss those good old days when jokes were just jokes and nothing else. You could just laugh your ass of at anything under the sun and no one would judge you. But today, everything’s different. Every joke nowadays is like a dildo. Some people pleasure themselves with it while others just wrap a barbed wire around it and shove them up their narrow minded ass. These indignant cunts are the worst of all beings. Their lives are already pathetic as they’ve forgotten how to laugh at jokes and now they think it’s cool to ruin jokes by taking offense. They’re the main reason why the world is such a sad place. Just because some self-righteous fo
4 comments
Location: Mumbai, Maharashtra, India
Read more

How To Save Your Planet

[Disclaimer: Below article is to be taken with a pinch of salt and if possible, with a pinch of cyanide. All views expressed here are personal. The author suffers from mild dementia and this article won't be held responsible for any damage to your IQ. Readers are advised to proceed at their own risk.] What's up folks! Been ages since I last puked out crap here. Was busy disposing off dead bodies of people who were sending me Game Of Thrones spoilers. Now, that show is now really starting to get on my nerves. I'm just waiting for that episode where they'll finally introduce Hitler's character and he'll just put an end to this pandemonium, once and for all. I'd also love to see Frank and Claire Underwood fighting for that throne! Just imagine the sordid politics that would follow! Moving on, there has been a recent uproar in the world, regarding climate change and global warming. Too much talk about saving our planet for a better future. Maybe Leo'
9 comments
Location: Mumbai, Maharashtra, India
Read more

Between Wits And Tits 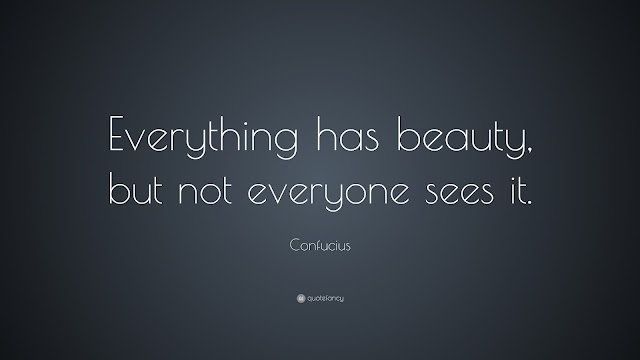 Hello. What's up folks! So, finally Leonardo DiCaprio won an oscar and broke the internet. Well, got to admire him for his dedication and perseverance. The lad took more than a decade to rise after being drowned by Rose's love, in Titanic. Anyway, he deserved it! (Pic Credits: quotefancy.com) Moving on, you might be wondering, "Did I just read 'tits'" Yes, you can judge me for the uncanny way in which I metaphorize my titles. But basically, the idea behind this is that it draws your attention and maybe some traffic as well! Anyway, choosing between beauty and brains is like choosing between David and Goliath or Adam and Eve. You just can't guess who's got the upper hand here. We live in a prejudiced society where people usually judge your by your external appearance. As they say, "First impression is the last impression" So, you better make it worthwhile! Unless you dress up as a clown, with a chainsaw in your hand and go homici
6 comments
Location: Mumbai, Maharashtra, India
Read more

Something In The Way! 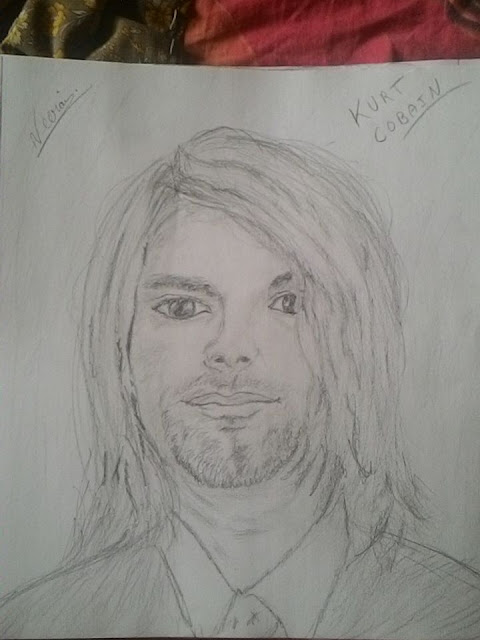 "I don't have the passion anymore. So remember, it's better to burn out that to fade away." There's a very fine line between genius and madness. And Kurt Cobain was that line. Anyway, I've been listening to 'Nirvana - MTV Unplugged in New York (1993)', since the past 3 hours or so.  So, let me take you along with me, through th e utopia of this legendary rock front man's unfortunately short but specta cular life! No one would've thought that this 20 something guy from Aberdeen would go on t o take the world of rock music, by a sto rm ! He w as basically the John Lennon of 90's . Termed as the spokesman of a generation! H is disturbed childhood and the resulting an ger within , was exquisitely expressed through N irvana's beautiful grungy music and Kurt 's cl ean raspy vocals . H is unconventional yet witty ideolog ies had the power to ratt l e your perception , right to the core! The guy who taught us that
Post a Comment
Location: Mumbai, Maharashtra, India
Read more
More posts