Showing posts from September, 2014
Show All

Man Beats Up Autowallah For Saying "Nahi Jaayega". Accusing Him Of Being A Sexist! 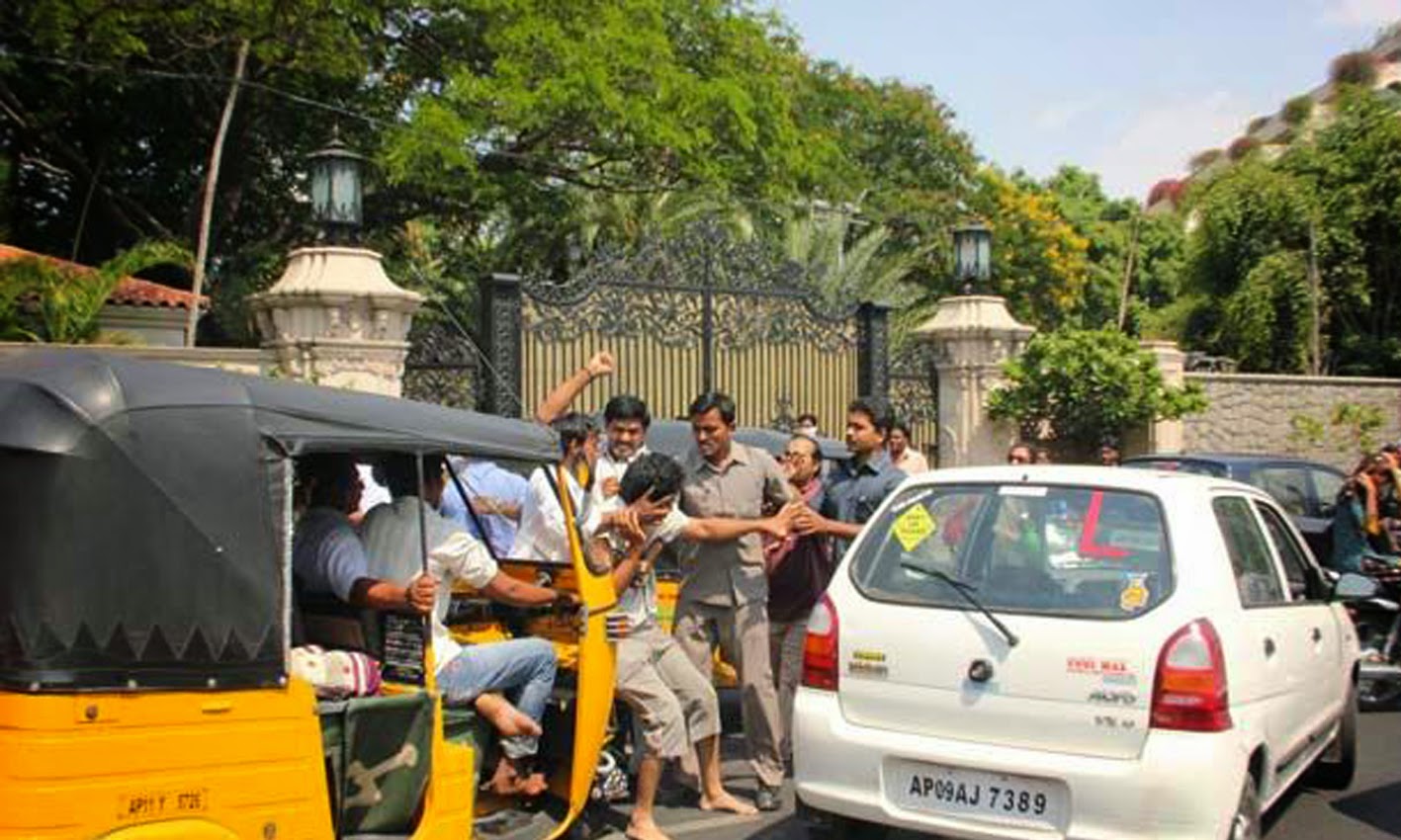 Mumbai:  In a horrific incident near Andheri, Ashok Thakur, a man working in Vector Infotek, beat the shit out of an autowallah, for refusing to take him to his destination. Ashok Thakur beating up the autowallah. (Pic Credits: Google images)         One of our correspondent spoke to Mr. Ashok, who bursted out saying, "For 1 hour, I was waiting for an auto, that would take me to Adarsh Nagar. But these ignorant and impudent bastards refused me everytime. What am I a fool or something? Nearly 18 autos rejected me saying "Nahi Jaayega", testing my patience. But this sexist &@#$**#, he provoked me. He too refused me rudely, like the other autowallahs did. But what shocked me was, that he willingly accepted to take the lady standing next to me, to Adarsh Nagar. He was blushing like she had proposed him for marriage! That moment I lost my cool and shoved him out of his rickshaw. Douchebag. He deserved this. Who does he think he is!?" *Spats out abuses which
Post a Comment
Location: Mumbai, Maharashtra, India
Read more
More posts